Changing the real-estate ecosystem for the greater good 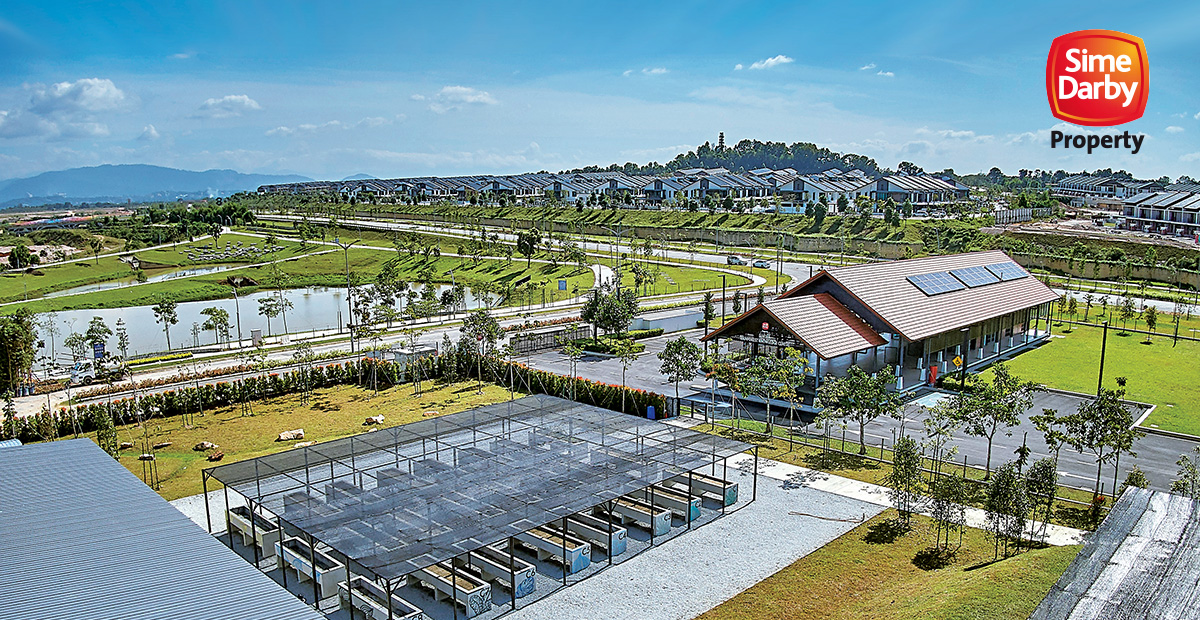 Leading local developer Sime Darby Property has joined the circular economy movement for the benefit of the planet and future generations.

While the nature of property development is antithetical to the principles of a circular economy, Sime Darby Property is not resigning itself to this notion. Instead, the developer has taken up the challenge to disprove it through its sustainability initiatives, which are focused on lowering construction’s impact on the environment and regenerating natural systems. The developer has already embarked on efforts to preserve its natural capital — its land — by ensuring a balanced flow of renewable resources and more prudent use or substitution of non-renewables.

The City of Elmina development serves as a shining example of Sime Darby Property’s aspiration to adopt circular economy principles in its townships. Boasting a masterplan designed to sustain its existing forests and waterways as well as native flora and fauna, the township offers an idyllic living environment in which people and nature thrive symbiotically.

To further expedite this important endeavour, Sime Darby Property has set up the Elmina Rainforest Knowledge Centre (ERKC) and Elmina Living Collection Nursery (ELCN). Both facilities are designed to enhance biodiversity and help mitigate the impact of climate change. They also act as centres that connect society to nature. Sime Darby Property is also replanting an urban rainforest, which will take up 84 acres in the 300-acre Central Park and is designed to act as a carbon sink.

Both the ERKC and ELCN, which occupy a total of nine acres, provides the public with knowledge about the importance of biodiversity and the need to conserve nature. The on-site biodiversity conservation and educational programmes at ERKC are overseen by the Tropical Rainforest Conservation and Research Centre (TRCRC), which aims to protect Malaysia’s rare, threatened and endangered plant species.

At the ELCN, endangered tree species are grown in the nursery. The threatened flora species replanted here have been identified by the International Union for Conservation of Nature (IUCN) as being at different threat levels, from “at risk” to “critically endangered”. Some of these local species are also found in the adjacent Bukit Subang Forest Reserve (Bukit Cherakah).

A unique operating model was developed where these rare, threatened, and endangered plant species are sold to Sime Darby Property, which helps to sustain the operations of the ERKC.  Furthermore, by having its own nursery, the developer has created a sustainable supply of flora, which it can use for its expansive landscape plans, which not only benefit society but also provide space for nature.

The developer’s aim is to plant up to 50,000 IUCN Red List trees across all its townships with an ultimate target to plant a total of 160,000 trees by 2030. The trees will sequester up to 30,000 tonnes of carbon dioxide, on top of acting as high-value carbon sinks.

Recycling is a necessary component of a circular economy, as the model focuses on minimising waste. Ultimately, it is about introducing effective solutions to waste management while maximising value by providing end-of-life solutions to reduce, reuse and recycle products and materials. Sime Darby Property has always been a proponent of this concept, and it has showcased the capability to expand its participation beyond its current capacity.

In 2019, the company embarked on a sustainability assessment of its business to determine the most impactful contributions it could make in delivering a greater purpose tied to the United Nations’ Sustainable Development Goals (UN SDGs) 2030.

This initiative includes establishing a more holistic circular green supply chain, in which the developer has introduced more recycled materials in its developments while extending the life cycle of products used. The ERKC structure itself is a prime example of this sustainable approach, as it features sustainable and tropical designs inspired by the 1930s Guthrie estate buildings.

The ERKC building was constructed using recycled components from Sime Darby Property’s Idea House (SDIH), previously located in Denai Alam, demonstrating the viability of reusability and recyclability of building materials in construction. The SDIH was built in 2010 and dismantled in May 2018. About 45% of the SDIH was recycled into the ERKC.

It is common knowledge that existing commercial buildings are not designed for easy deconstruction. In the case of SDIH, however, Sime Darby Property showed how the construction of the ERKC can leverage circular design principles to extend the life cycle of a building as well as its materials.

The building materials used for the ERKC were selected because of their Green Label certification. The building also boasts an eco-friendly design, which promotes natural cooling through effective shading and enhanced cross-ventilation. It is also equipped with a rainwater harvesting solution and a photovoltaic solar roof, providing average power savings for about 50% of the building’s energy requirements. 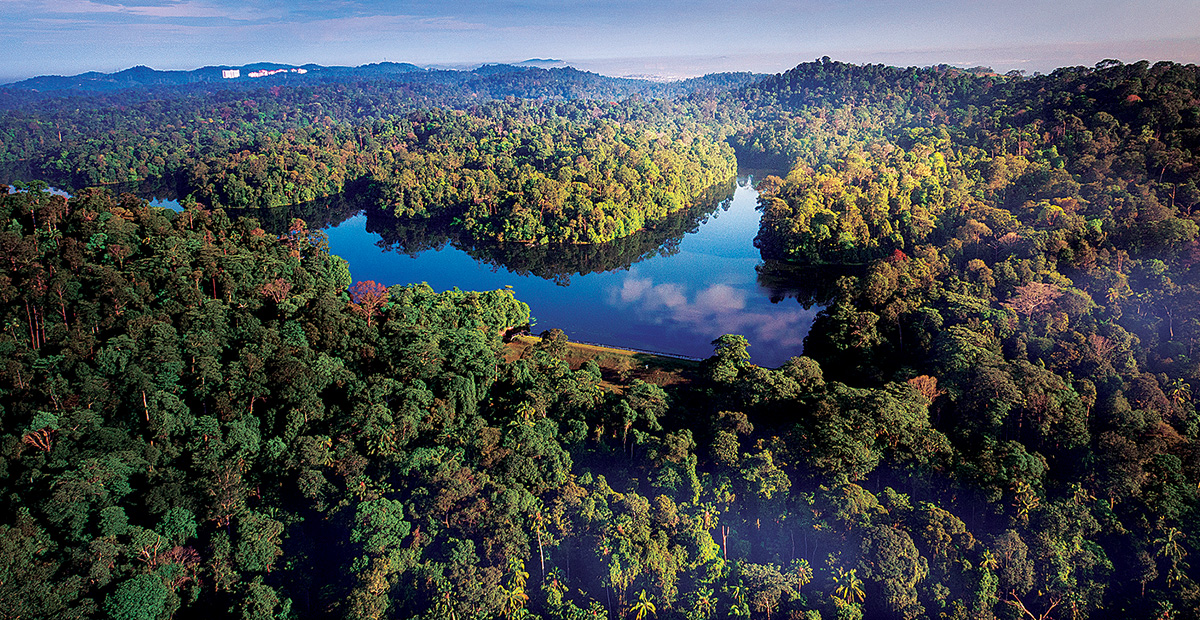 In 2016, the developer also launched its Water Footprint Project to reduce its water intensity by 30% within 15 years. Just last year, it implemented best practices of sustainable use of non-potable water, which eliminates adverse environmental impact.

The developer has also been actively involved in lowering its operational waste generation. Launched in 2016, the Waste Footprint Project incorporates the recycling of construction waste from sites, further reducing construction waste by applying the Industrial Building System (IBS) in construction.

Sime Darby Property also launched a community Solid Waste Recycling programme in 2016, beginning with a structured programme in Bandar Bukit Raja before introducing it in other townships. So far, the developer has facilitated 185 tonnes of household domestic waste recycling (equivalent to almost 180 tonnes of carbon dioxide offset), which has also provided funds to the communities. This marks a major green initiative by the company involving collaboration with communities, councils and recycling companies.

By embracing innovation and change and adopting a resource-efficient and sustainable approach to business, Sime Darby Property is not only leading the charge towards a zero-carbon, circular future, but also helping to create a sustainable and environmentally friendly future for its business and clients. Ultimately, by applying circular economy principles to its business, Sime Darby Property is creating a positive and long-lasting impact on the environment as well as the industry.

What can a wild night out teach us about ecosystem health? – podcast | Science

IoT for Better Automation and Security

Toward a Government Data Ecosystem